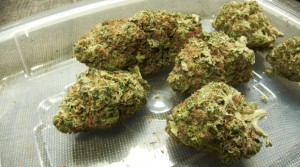 It was a big year for cannabis, which gained more and more momentum in its movement toward full legalization. Midway through the year, 23 states and Washington D.C. had marijuana legalized in some form. States like Hawaii, Delaware, Michigan and Vermont legalized weed for medicinal purposes. But it’s fully legal in Alaska, Colorado, Oregon and Washington.

Nevada – As the first state to qualify for the 2016 ballot with almost 60,000 more signatures than needed, Nevada is well on its way to taking its legalization from just medicinal to fully recreational.

Arizona – Arizona legalized medical marijuana in 2010 and is aiming for recreational marijuana to be legalized by the summer of 2016, according to Azcentral.

Vermont – Gov. Peter Schulman said he’s been tracking Colorado’s success with legal marijuana, according to Leafly. He’s organized meetings discussing the logistics of legalization, which means it could be in the near future.

Of course this is just the 5 most likely, there are still many other states considering medical marijuana legislation as well. 2016 should be a big year for the cannabis movement in just about every state.