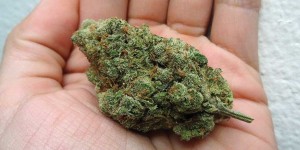 There are nine state ballot measures regarding the legalization of marijuana that will be voted on this November. Five states will vote to legalize recreational marijuana, while the other four states are voting on legalizing medicinal marijuana.

1. California – The California initiative would allow adults over the age of 21 to possess up to one ounce of marijuana and grow up to six plants in a secure area. There will be a 10% sales tax on adult-use marijuana sales, but no sales tax on medical marijuana. The reason this vote is being watched so closely is that the projected numbers in this market are astounding. If you thought Colorado was putting up some big pot revenue dollars, get ready because California will dwarf that state.

2. Nevada – According to a recent poll by the Las Vegas Review Journal, the outcome is too close to call. 47% said they would vote yes, while 46% said they would vote no. With a 3.5% margin of error, the decision could go either way. On the political side of support, Democratic politicians are mostly in favor, while Republican leaders are fighting the measure. If the measure passes, Arcview Market Research estimates that the Nevada market could grow from $121.6 million in 2016 in legal sales to $630 million by 2020.

3. Massachusetts – In Massachusetts, the Regulation and Taxation of Marijuana Initiative, or Question 4, would create a system of retail stores and growing facilities. It would also allow adults 21 and older to possess and grow marijuana in limited amounts. There will be a 3.75% excise tax on retail sales, plus a 6.25% tax state sales tax and towns can impose an additional 2 percent tax. Towns can also ban marijuana sales if they choose.

4. Arizona – Arizona’s Proposition 205 would allow adults over the age of 21 to possess up to one ounce of marijuana and consume it in private. Adults would also be able to grow up to six plants in an enclosed, locked space. Retail sales would be subject to a 15% excise tax and the tax receipts would be used to implement the measure. Of the additional revenue, 80% would be distributed to the school system. The Arizona Joint Legislative Budget Committee estimates that the initiative will raise more than $123 million in annual revenue for the states and give more than $55 million per year to the schools. Arizona voters are also late bloomers. Back in July, only 39% were in favor, but now a poll by Arizona Republic/Morrison/Cronkite News found 50% are in favor.

5. Maine – Maine’s legislation is called Question 1 and like the others it will allow adults over the age of 21 to possess and grow a limited amount of marijuana. Maine voters have been consistently in favor of the legislation.

Arizona, California, Maine, Massachusetts and Nevada are all looking to legalize recreational marijuana. Arkansas, Florida, Montana and North Dakota are proposing medical marijuana legislation. The time of major change is on the brink in the marijuana industry. Things will surely begin to change at a much more rapid rate as these states soon open the doors to new laws which will bring in more money, leading to more taxes. One thing we are all coming to realize is that our government will always favor monetary gain. With that being said, you can count on laws changing.