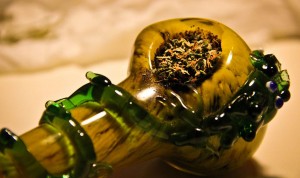 Texas state lawmakers introduced legislation Friday that would allow patients with cancer, seizure disorders, post-traumatic stress disorder, and other debilitating conditions to access medical marijuana if their doctors recommend it.

HB 3785, introduced by Rep. Marisa Márquez (D-El Paso) in the House, and a companion bill that will be introduced Friday by Sen. José Menéndez (D-San Antonio) in the Senate, would create a program through which individuals with qualifying medical conditions would receive licenses allowing them to possess limited amounts of medical marijuana, if their doctors recommend it. It would also direct the Department of State Health Services to establish a tightly regulated system of licensed marijuana cultivators, processors, and dispensaries.

“The law currently does not reflect marijuana’s legitimate medical use and denies access to patients, such as veterans with post-traumatic stress disorder, citizens suffering with cancer, and severe aliments of the aging,” Rep. Marquez said. “By continuing to deny access to patients, we limit the rights of families to seek the best possible treatment for conditions that do not respond to other drugs or therapies. We should create paths, and not obstacles, in allowing doctors to recommend medicine that has been shown to work.”

The bills differ from previously introduced legislation that would allow access to Cannabidiol (CBD) oils with little or no Tetrahydrocannabinol (THC). Many patients have found that THC and other components of whole marijuana are needed in addition to CBD in order to effectively treat their conditions. Some have relocated to states with more comprehensive medical marijuana laws so that they can access whole marijuana and oils that include a more balanced ratio of CBD and THC.

“Since starting treatment with full spectrum cannabis oils [which include CBD and THC], our daughter has not had a single seizure or spasm,” said Dean Bortell, whose family relocated to Colorado so that his nine-year-old daughter, Alexis, who suffers from epilepsy, would have access to medical marijuana. “With prescription drugs, we never had a symptom-free stretch spanning more than two days. With cannabis oils, we’ve set a record of 11 days with no end in sight. The most important thing we have learned since arriving in Colorado and starting treatment is how vital it is to have access to the whole cannabis plant. Dosing decisions should be left to doctors and families, not lawmakers.”

Three out of four Texans (77 percent) think seriously ill people should have the right to use marijuana for medical purposes, according to a University of Texas/Texas Tribune poll released in February 2014.

“Every year, thousands of Texans are diagnosed with cancer, seizure disorders, multiple sclerosis, PTSD, and other debilitating illnesses,” said Caitlin Dunklee, campaign director of Texans for Medical Freedom, which is supporting the legislation. “The suffering that these patients experience is devastating for them and their families. The bill being filed today would allow patients the freedom to access the medicine that can best alleviate their suffering.”

23 states, the District of Columbia, and the U.S. territory of Guam have passed laws that allow people with qualifying conditions to access medical marijuana if their doctors recommend it.