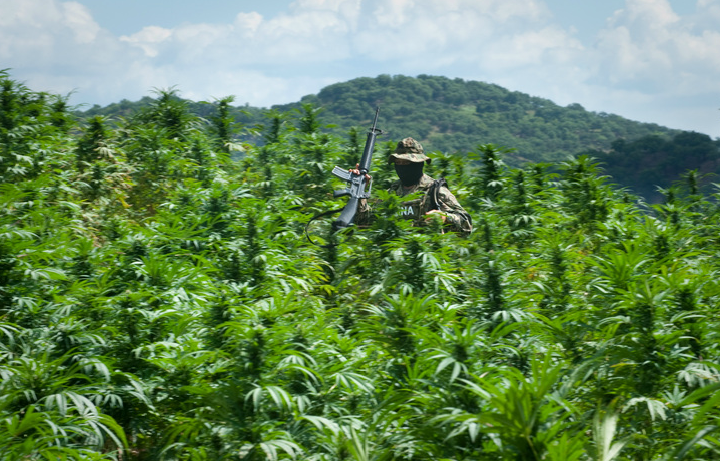 FRESNO, Calif. – Over four tons of marijuana were seized near a high school and two suspect growers have plead guilty.

According to court documents and proceedings, the couple was found at a marijuana grow site on a 20-acre parcel of farm land that they own. The grow was approximately 450 feet from Waterford High School, in violation of both federal and California law. Agents of the U.S. Drug Enforcement Administration (DEA) and Stanislaus Drug Enforcement Agency found and eradicated 491 marijuana plants weighing more than four tons. The couple claimed the plants were being grown for medical reasons. However, the agents did not find any evidence of personal use in the residence on the property and the number and weight of the plants far exceeded the amount purportedly recommended by their doctor, Terrill Brown, M.D., who has been indicted in a separate case in federal court involving the unlawful distribution of oxycodone.

They are scheduled for sentencing on November 12, 2013. Due to a prior felony drug conviction in federal court for importing 95 kilograms of opium, Saelee faces a sentence of five to 40 years in prison, and a $5 million, as to each count. Her husband faces a maximum prison term of five years in prison, along with a fine of up to $250,000.