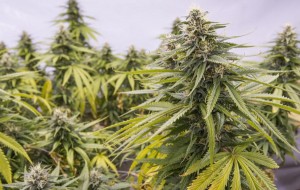 Two Pennsylvania state senators have offered a bill that would legalize the possession and recreational use of of marijuana in the Keystone State.

While the Pennsylvania General Assembly is considering doing away with state liquor stores and weighing the legalization of medical marijuana, Sens. Daylin Leach, D-Montgomery/Delaware, and Larry Farnese, D-Philadelphia, would like the state’s Liquor Control Board to take on the legal sale of recreational marijuana, according to a bill submitted Wednesday.

The effort is “in the interest of the efficient use of law enforcement resources, enhancing revenue for public purposes and individual freedom,” the senators wrote in the introduction of the “Regulate Marijuana Act.”

“I imagine the focus will be on medical this year,” Leach said. “It’s sort of an easier lift for some people, and in some peoples’ lives, more urgent. There are sick people who need their medicine.”

If the recreational use Bill 528, which was sent to the Senate’s Law and Justice Committee, were to become law, those 21 and older would be allowed to buy or grow marijuana for personal use, the proposed legislation says.

Purchasers would have to show proof of age, it would be illegal to sell to those underage and driving under the influence would remain a crime, the bill says.

“Legitimate, state-operated stores, and not criminal actors, will conduct sales of marijuana,” the bill says.

Marijuana paraphernalia would also be legalized under the legislation.

“Possessing, growing, processing or transporting not more than six marijuana plants, with not more than three being mature, flowering plants” would be legal.

There aren’t any limits to how much processed marijuana a person could possess, because it would be a legal product, Leach said.

Personal processing of marijuana would be legal if done in a “locked space and is not conducted openly or publicly.”

“Transfer” of an ounce or less to another person would be legal as long as it’s free.

“Marijuana cultivation facilities” would be licensed by the state.

The Liquor Control Board would oversee pricing, which must be “proportional with prices paid by the board to its suppliers and reflect any advantage obtained through volume purchases by the board,” the bill says.

The legislation, which was also offered last year, places a deadline of July 1, 2016, for the board to adopt regulations so marijuana could be sold in the state. The bill would go into effect within 30 days of passage.

The General Assembly would create an excise tax on marijuana sold by a cultivation facility or a manufacturing facility to a store.

Businesses and other entities could prohibit use on their premises, the bill says.

“The main takeaway is it’s an idea we need to discuss,” Leach’s spokesman Steve Hoenstine said Friday morning. “… First of all, it’s starting point. Almost all of it is subject to compromise.”

Steven Auerbach, who is a regulated substances lawyer from Montgomery County and executive director of the Cannabis Growers Association of Pennsylvania, said he doesn’t see the personal use bill taking away from the current effort to pass medical marijuana.

“If anything, it gives opponents of medical marijuana a departure point” to tell constituents that they will allow the very ill to receive marijuana but will fight to stop recreational usage, Auerbach said.

He said the bill also “bookmarks the right to push forward (the recreational use bill) within the session” if the political landscape changes.

“It might not be something that is actively pushed forward now,” he said.

Leach said he doesn’t see a direct connection between the two bills since other states that legalized recreational use did it through referendum, something not available in Pennsylvania.

“It’s two separate issues,” Leach said. “One has never followed the other” successfully in a legislative process.

“It’s a totally separate issue, separate concept and separate base of support,” he added.

If the bill were to become law, Auerbach figures those licensed to sell medical marijuana in Senate Bill 3 passes would also be the distributors of recreational marijuana. He said he doubts state stores would be used in the effort, especially with the effort underway to close them.

So far, Washington, Colorado and Alaska allow recreational use of marijuana, he said.

“People are upset with how much money we are spending on” prosecuting and incarnating marijuana users, Auerbach said. “Billions” of dollars would be saved if recreational usage were allowed, he said. Four percent of the U.S. Department of Justice’s budget goes to dealing with marijuana crime, he said.

“I do not favor legalization of the ‘recreational use’ of marijuana because I see no value to having more people high than we already have now,” Morganelli wrote in an email. “Many people do not use drugs precisely because they are illegal. Making it legal will result in more dopers resulting in more high people driving on our streets and perhaps creating the ‘gateway’ to even more dangerous drugs use like heroin and cocaine.

“There also still exists serious disagreement in our medical profession on what the long term effects are of steady marijuana use.”

As for marijuana cases tying up the legal system, Morganelli said jail is often not an end result.

“Today, possession of a small amount of marijuana, although a crime, is handled by most state prosecutors as a minor matter with no one going to jail for it and first time offenders having their records expunged.”

Leach said there were 25,000 marijuana arrests a year in Pennsylvania.

Police “won’t have to spend time on something that is victimless,” Leach said, if the bill were to pass. He said officers he’s spoken with would rather not be investigating marijuana possession for personal use.

And officers would subsequently have more time to focus on “rapists, murderers and burglars.”

Within 10 years, if the bill were passed, marijuana purchase would not be controversial and be similar to — and as little noticed as — buying beer and cigarettes are today, Leach said.