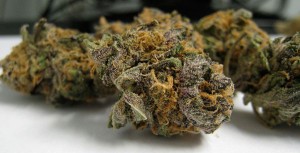 While some states have gone further, at least 23 states have legalized doctor-prescribed marijuana, which puts them at odds with federal law.

Nearly half of all Americans — 146 million people — live in states with some form of legalized marijuana, but Pennsylvanians are not yet among them.

That could change if Gov. Tom Wolf has his way.

“I believe that doctors who can now prescribe some of the most potent drugs in the world should be able to prescribe medical marijuana,” Wolf told KDKA political Jon Delano on Tuesday.

The new governor is in accord with efforts by three U.S. senators — one Republican and two Democrats — who want federal laws relaxed to remove federal barriers to state medical marijuana laws.

“I’m hearing from parents. I’m hearing from people who are suffering from diseases that could be cured or if not cured, their lives made easier by the introduction of prescribed marijuana,” said the governor.

In Pennsylvania, a conservative Republican senator, Mike Folmer, and a liberal Democratic senator, Daylin Leach, are behind efforts to legalize medical marijuana.

Pennsylvania Sen. Jay Costa, the Democratic Senate Leader, says the medical marijuana bill is likely to be approved in the state Senate this spring.

“Legislation has again been introduced in the Senate by Sen. Folmer and Sen. Leach, and that legislation has now gone to committee,” said Costa. “And it is very likely over the course of the next couple of months it will pass through the Senate and make its way over to the House.”

“This year the big difference is you have a governor who is willing to sign the legislation and who is supportive of what we’re trying to do,” said Costa. “Last year that wasn’t the case, and it gave cover to House Republicans primarily to not run the bill. Now it’s more difficult for them to walk away or shy away from the bill.”