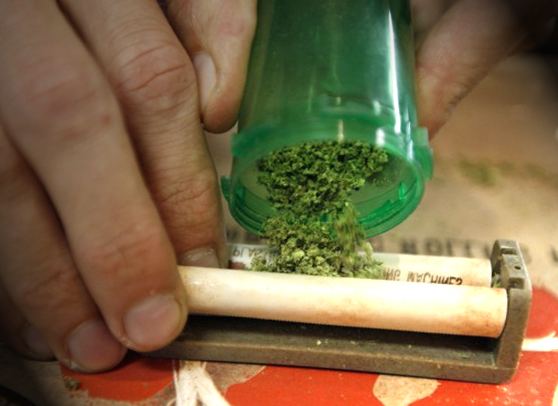 A comprehensive bill to allow the use of medical marijuana in Pennsylvania is expected to be filed Monday by Senators Daylin Leach, a Democrat, and Mike Folmer, a Republican.

While medical marijuana bills have been introduced by Senator Leach in Pennsylvania in the past and have failed to advance, this year’s filing, co-sponsored with Republican Senator Mike Folmer, should see some progress — and quite possibly a favorable vote — in the Senate this year.

“It’s time that we help these individuals to end their pain and suffering,” Sen. Leach said in November. “I invite my fellow legislators on both sides of the aisle to join us, to put politics aside, and to allow people to take advantage of the multitude of benefits this medicine has to offer.”

Despite increasing support for medical marijuana among Pennsylvania voters and lawmakers, the bill still faces an uphill challenge.  Pennsylvania Governor Tom Corbett’s staunch anti-marijuana stance could derail the effort, as the Republican, who is seeking re-election in 2014, has said he would veto any bill allowing medical marijuana in the Commonwealth.

Under the proposed bill, doctors, nurse practitioners, dentists and psychiatrists will be allowed to recommend medical marijuana to patients suffering from cancer, glaucoma, post-traumatic stress disorder, HIV/AIDS, chronic pain, severe nausea, seizures, including epilepsy, severe and persistent muscle spasms, including spasms characteristic of multiple sclerosis or Crohn’s disease, intractable pain, or “any other medical condition or its treatment that is recognized by licensed medical authorities attending to a patient as being treatable with cannabis in a manner that is superior to treatment without cannabis.”

Patients are required to have a bona fide relationship with their doctor.  Language in the bill protects healthcare professionals from disciplinary action by the State Board of Medicine for recommending cannabis therapy.

The bill allows minors under 18 to be enrolled in the program with parental consent in addition to the physician’s recommendation.

Medical marijuana patients would be allowed to possess up to one ounce of marijuana or three ounces of marijuana infused products or concentrates.

Patients would not be allowed to grow their own marijuana unless they are also registered as a “commercial medical cannabis farmer” under the program, in which case they would be allowed to keep up to 25% of their crop for personal use.  The remaining crop would need to be sold to a dispensary or donated to a post-secondary institiution for research.

All medical marijuana sold in Pennsylvania would be required to be tested by an independent lab for quality and safety.

Medical marijuana patients authorized by their doctors would be issued a medical marijuana identification card, which would protect them from arrest in Pennsylvania for possessing medical cannabis.

The bill creates an independent administrative agency, the Pennsylvania Medical Cannabis Board (PMCB), who will oversee the proposed medical marijuana system and “ensure safe and regular distribution of medical cannabis” to patients registered in the program.

The bill also creates a new division within the Pennsylvania State Police, the Bureau of Medical Cannabis Control Enforcement, to ensure compliance with the program’s regulations, including investigating claims of unlicensed or unlawful medical marijuana sales.

Also included in the bill is the creation of the Bureau of Consumer Relations, which will be established to handle complaints and suggestions from Pennsylvania residents enrolled in the medical marijuana program, as well as suggesting implementing improvements to the program.

The bill bans patients from driving “under the influence of tetrahydrocannabinol.”  The bill also bans the smoking of medical marijuana in specific public places, including on school buses or public transportation, public parks, beaches and recreation centers, correctional facilities, or any place in Pennsylvania that bans the smoking of cigarettes either by law or organizational policy.

The vaporization of medical marijuana, however, would be permitted in public, similar to current use of electronic cigarettes.

If passed, the bill would take effect 90 days from the governor’s signature or legislative override of a veto.