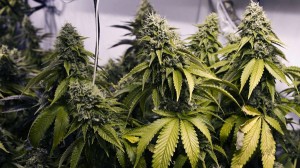 The Pennsylvania Senate is expected to vote on a bill Tuesday that would legalize medical marijuana.

On Monday, several amendments were made to the bill to allow for more conditions to be treated if it passes. Those conditions include chronic pain, Crohn’s Disease and diabetes. The bill also allows for vaporization to be used to treat conditions such as cancer, seizures and PTSD.

Smoking marijuana would not be allowed. Instead, doctors would prescribe it in other forms such as an oil extract.

A similar bill passed the Senate last year. The House never took a vote on it.

If the bill passes Tuesday, it will head to the House for consideration once again.