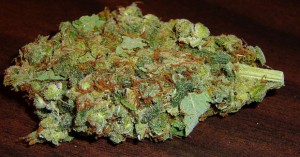 Ohio voters will decide Nov. 3 whether to legalize marijuana with a constitutional amendment to institute a revolutionary proposal that backers say will create a billion-dollar industry in the next four years.

Secretary of State Jon Husted said Wednesday the private investor group ResponsibleOhio had collected 320,267 signatures of registered Ohio voters, 14,676 more than necessary to qualify for the general-election ballot. ResponsibleOhio spent more than $2 million since March on the petition drive to put its proposed Marijuana Legalization Amendment before voters.

ResponsibleOhio has been tracking the count through daily reports to Husted’s office. Earlier Wedneday, before Husted’s certification, Ian James, the group’s executive director, sent out an email crowing that the group had made the ballot.

After Husted certified the petition result, James issued a statement: “It’s time for marijuana legalization in Ohio, and voters will have the opportunity to make it happen this November — we couldn’t be more excited,. Drug dealers don’t care about doing what’s best for our state and its citizens. By reforming marijuana laws in November, we’ll provide compassionate care to sick Ohioans, bring money back to our local communities and establish a new industry with limitless economic development opportunities.”

The next step is before the Ohio Ballot Board, which meets Aug. 18 to determine ResponsibleOhio’s ballot language and issue number.

The ambitious campaign by ResponsibleOhio is the best-financed effort in the nation’s history to push back against the 1937 federal ban on marijuana. If voters say yes, the Buckeye State will be the sixth and, with nearly 11.6 million residents, the most populous jurisdiction to legalize marijuana, joining Colorado, Washington State, Oregon, Alaska and the District of Columbia.

Millions of dollars ready for campaign in favor

ResponsibleOhio’s investors have pledged to spend $20 million in the 83 days until Nov. 3 on a sophisticated election effort, including a bus tour, Internet advertising, television and radio advertising, voter registration drives and door-to-door canvassing. ResponsibleOhio has erected a professional political machine including the state’s leading Democratic election lawyer and the data-analysis team that worked on President Obama’s two races for the White House.