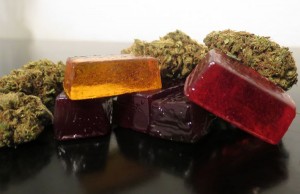 Colorado just got its first year-long batch of data on the state’s grand experiment with legal marijuana. In the first annual report on supply and demand, Colorado’s Marijuana Enforcement Division disclosed on Friday that 4.8 million edible marijuana products and nearly 150,000 lbs. of marijuana flowers were sold in 2014.

Colorado issued licenses to 322 retail stores and 505 medical dispensaries in 2014, according to the report. Just 67 of the state’s 321 jurisdictions, or around 20%, opted to allow medical and retail sales, but those jurisdictions include many of the state’s most populous areas. In February, a poll from Quinnipiac University found that 58% of Colorado residents say they still support the law, while 38% oppose it.

I personally think that that is a lot of edibles but anyone who has ever had an edible before knows that you normally just don’t eat one. I imagine that the number of edibles will double in 2015 because more businesses will spring to life and more product will be available. They are still working to figure the edible system out and once it is totally dialed in this market will truly explode.