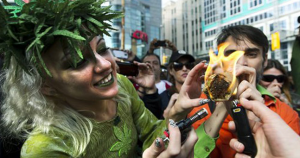 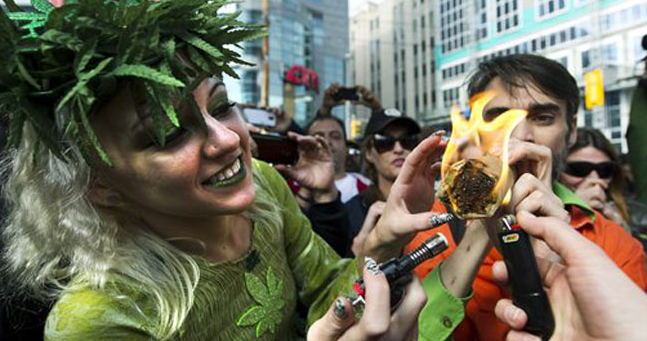 Marijuana use has significantly increased among teenagers in the United States, but the abuse of prescription drugs has fallen while the use of harder drugs like cocaine and meth have stabilized, indicates a new survey.

More teens are smoking pot, with nearly 1 in 10 lighting up at least 20 or more times a month.

The report by The Partnership at Drugfree.org, being released Wednesday, also said abuse of prescription medicine may be easing a bit among young people in grades 9 through 12, but still remains high.

Partnership President Steve Pasierb says the mindset among parents is that it’s just a little weed or a few pills — no biggie.

“Parents are talking about cocaine and heroin, things that scare them,” said Pasierb. “Parents are not talking about prescription drugs and marijuana. They can’t wink and nod. They need to be stressing the message that this behavior is unhealthy.”

Use of harder drugs — cocaine and methamphetamine — has stabilized in recent years, the group’s survey showed.

Alex, 17, in Houston, says he started smoking pot at age 13, mostly on the weekends with friends.

“I just liked being high,” said Alex, who is in a recovery program and asked that his last name not be used. “I always felt happier. Everything was funnier and my life was just brighter.”

Alex then started abusing prescription drugs at 14. He blacked out one day at school, got arrested and ended up in rehab. After being sober for two years, Alex slipped and smoked pot last month. Still, he says he hopes to work toward a more sober life.

The partnership study suggests a link between teens who smoke pot more regularly and the use of other drugs. Teens who smoked 20 times or more a month were almost twice as likely as kids who smoked pot less frequently to use ecstasy, cocaine or crack.

—Just over half of Hispanic teens say they have used an illicit drug, such as Ecstasy or cocaine, in the past year. That compares to 39 percent for Caucasian teens and 42 percent for African American teens.

“We definitely don’t think that minors should be using marijuana any more than they should be drinking or using tobacco, but arresting people for doing that never stops minors,” said Morgan Fox, a spokesman for the group. “If we remove marijuana from the criminal market and have the market run by responsible business people that have an incentive to check IDs and not sell to minors, then we might see those rates drop again.”

The Partnership’s study was sponsored by the MetLife Foundation. Researchers surveyed 3,322 teens in grades 9-12 with anonymous questionnaires that the youngsters filled out at school from March to June 2011. The study has a margin of error of plus or minus 3 percentage points.

Based in New York, The Partnership at Drugfree.org is formerly The Partnership for a Drug-Free America — perhaps best known for the “this is your brain on drugs” ads of the 1980s and 1990s. The nonprofit group launched its new name in 2010 to position itself as more of a resource to parents and to avoid the misperception the partnership is a government organization.