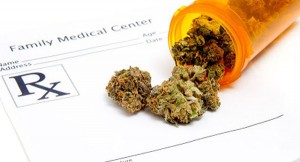 Gov. Nathan Deal signed legislation Thursday that legalizes medical marijuana in Georgia, though tremendous hurdles remain for patients who want to get the drug.

House Bill 1, which took effect immediately, makes it legal for people who suffer from cancer, sickle cell disease and other illnesses to possess up to 20 ounces of cannabis oil if a physician signs off. The state estimates hundreds of thousands of residents could be eligible for the drug, and at least 17 Georgia families have had to temporarily move to places like Colorado where the cannabis oil is legal.

The biggest obstacle for those patients remains how they’ll obtain the oil. It’s illegal to cultivate marijuana in Georgia, which means families have to trek to Colorado and other states that have legalized the drug for medical purposes. That makes travel a tricky prospect, since most states, as well as the federal government, make possessing the drug a crime.

Political leaders remain divided over how far the state’s program should go, but advocates contend Georgia should next legalize and regulate the in-state cultivation of cannabis oil. Still, supporters hailed Thursday’s bill signing as a landmark moment.

It passed despite opposition from some conservatives who wanted stricter limits on the drug after lawmakers struck a compromise with the help of state Rep. Allen Peake, the Macon Republican who championed the legislation for the last two years.

It allows both children and adults as being eligible for treatment and requires that the oil contain no more than 5 percent THC, the high-inducing chemical associated with recreational marijuana use. It also legalizes clinical trials sought by some senators to further study how the drug works.

(You can try your hand at a quiz to learn more about the legislation here.)

The governor signed the legislation at an emotional ceremony on the steps of the Capitol, and he teared up as he gestured to the dozens of families with children suffering from debilitating conditions who watched.

“This certainly has touched my heart,” said Deal, his voice cracking. “And I’m pleased today we’re going to make a difference.”

After he signed the legislation, Peake turned to the families lined up on the staircase and proclaimed: “You can come home now!”

The state must now build a system from the ground up that allows patients and their doctors to apply for a permit to legally use the drug, a system which Deal said should be in place within two months.

And officials must navigate prickly legal questions in allowing the use of a federally banned drug, even as some families indicate they are more than willing to take that risk.

“If I had to break federal law, I’ll gladly do it,” said Janea Cox, whose daughter Haleigh suffers from intractable seizures that only respond to cannabis oil. “If they want to come get us, then come get us.”