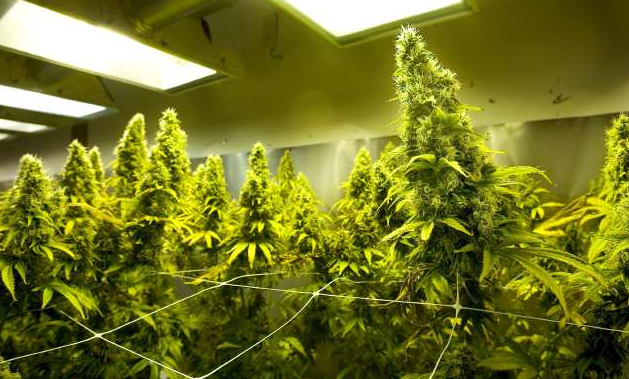 Male pot smokers beware: Your seemingly harmless habit may be increasing your risk of developing the most dangerous forms of testicular cancer.

A new study, published Monday on the website of the medical journal Cancer, reports that men who have testicular cancer are twice as likely to have smoked marijuana before they were diagnosed than control subjects. The association existed only for non-seminomas, the more dangerous form of testicular cancer that is harder to treat.

In the study, carried out in Los Angeles, a team of researchers enrolled 163 men who had been diagnosed with testicular cancer between 1986 and 1991. They also recruited a larger group of control subjects who were matched to the patients on such characteristics as age, ethnicity, and what L.A. neighborhood the subjects lived in at the time they were diagnosed — a localized approach to controlling for socioeconomic status.

The researchers, led by Victoria Cortessis of the University of Southern California, quizzed the participants on a range of medical and lifestyle factors, including drug use. They found that marijuana use before they were diagnosed was linked to a two-fold increase in testicular cancer risk. Even with this increased risk, the likelihood of developing testicular cancer remains relatively low: According to the American Cancer Society, a normal man’s likelihood of developing the disease is about one in 270. The risk of dying from the disease is even lower, at one in 5,000.

Nevertheless, the study did find an increased risk of testicular cancer from marijuana use, and the results square with the findings of two previous studies, which also found a link between testicular non-seminomas and marijuana use. But it remains unclear just why marijuana use would lead to an increase in cancer risk.

The authors of the new study speculate that THC, the active component in marijuana, may be interfering with androgen signaling in the testis, particularly signaling by testosterone. But they say more biological data are needed to definitively determine the mechanism responsible for the increased cancer risk — and to rule out an unseen factor that may be biasing the results of the three epidemiological studies.

The scientists also found another hard-to-explain relationship in their data: Cocaine use appeared to significantly reduce the risk of developing testicular cancer. The researchers point to evidence that cocaine slows testicular cell growth in animal models and may even lead to cell death, both of which would likely also slow tumor formation.

That’s a cancer prevention strategy that falls firmly in the “don’t try this at home” category.