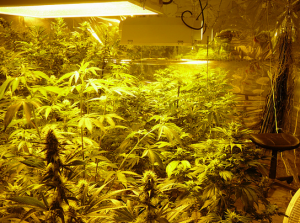 The use of marijuana to treat various health conditions is a controversial issue, even though 18 states plus the District of Columbia have recognized medical marijuana (cannabis). The list of medical conditions for which marijuana has demonstrated some benefit may have a new addition soon, because researchers have discovered compounds in marijuana that could help in the management of metabolic diseases such as type 2 diabetes.

Could marijuana really help with weight loss?
In a secret location in southern England, scientists with GW Pharmaceuticals are growing marijuana plants that have been bred to produce different amounts of cannabinoids, which are naturally found in the plants. Cannabinoids are chemicals that activate cannabinoid receptors in the body, which in turn may have an impact on gastrointestinal and cardiovascular activity, pain, and bone.

GW Pharmaceuticals has already produced a cannabinoid drug called Sativex, an oromucosal spray for relieving cancer pain and treating symptoms of multiple sclerosis and neuropathic pain. Investigators now announce they have discovered two substances–cannabidiol and THCV– in marijuana leaves that can increase the amount of calories the body burns.

This discovery, along with previous test results showing that these two substances can treat type 2 diabetes in animals, will hopefully lead to drugs that treat people who have metabolic syndrome–the combination of diabetes, obesity, and high blood pressure that significantly increase a person’s chances of having a stroke or heart disease.

Currently, scientists are conducting four Phase 2a clinical trials involving 200 patients. According to Dr. Steph Wright, director of R&D at GW Pharmaceuticals, “We are interested in how these drugs effect the fat distribution and utilization in the body as a treatment for metabolic diseases.”

Anyone familiar with marijuana may know that using the drug typically causes the “munchies,” so how could cannabis compounds have the opposite effect? It appears that cannabidiol and THCV suppress the appetite, but only for a short time.

Simultaneously, however, both THCV and cannabidiol also have an effect on the fat level in the body and how the body responds to insulin. Specifically, researchers found that THCV increased sensitivity to insulin in animals while also protecting the cells that make insulin.

In addition, both compounds boost metabolism in test animals, which resulted in a reduction in fat in their livers and lower cholesterol. “Overall, it seems these molecules increase energy expenditure in the cells of the body by increasing the metabolism,” noted professor Mike Cawthorne, who is the director of metabolic research at the University of Buckingham and the individual who has been conducting the animal studies.

Other marijuana studies
A recent study at Peninsula College of Medicine and Dentistry, Plymouth University, found that a component of marijuana called tetrahydrocannabinol (THC) had a mixed effect on patients with multiple sclerosis. Patients reported up to a 50 percent reduction in pain and an improvement in range of motion.

At the University of Haifa, investigators working with animals have suggested cannabinoids may be helpful in treating patients who have post-traumatic stress disorder, a condition that has become of increasing concern as many veterans returning from Iraq and Afghanistan have been diagnosed with the disorder.

Marijuana is frequently used to help cancer patients deal with chemotherapy-induced nausea and vomiting. On another cancer front, there is growing interest in harnessing the potential anti-tumor abilities of cannabis as noted in a new report in Nature Reviews Cancer.

Clearly, marijuana and its components present a wide range of medical possibilities. Although more work needs to be done, the authors of this new research are hopeful their discoveries will lead to an effective treatment for diseases related to overweight and obesity and type 2 diabetes. 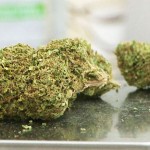 6 States That Could Legalize Marijuana In 2020 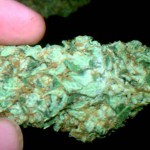 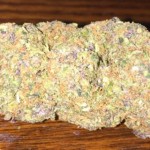 Study Reveals Marijuana Does Not Decrease Lung Function but Increases It 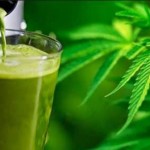 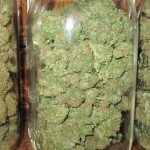