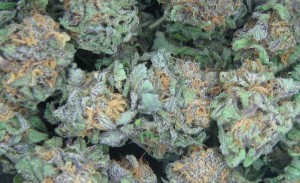 Thousands of people busted in Connecticut for marijuana possession now have the right to get their convictions erased after the state Supreme Court ruled Monday that the violation had been downgraded to the same legal level as a parking ticket.

The 7-0 ruling came in the case of former Manchester and Bolton resident Nicholas Menditto, who had asked for his convictions to be overturned after the Legislature decriminalized possession of small amounts of pot in 2011.

“It’s a topic multiple states will have to be facing,” said Aaron Romano, Menditto’s attorney. “Because marijuana is being decriminalized across the United States, this issue needs to be addressed.”

Colorado, Washington state, Washington, D.C., and Alaska have legalized the recreational use of pot. Oregon’s law legalizing it takes effect in July. Connecticut and 22 other states allow marijuana for medicinal purposes, and 18 states have decriminalized possession of varying amounts.

Last year, Colorado’s second-highest court ruled that some people convicted of possessing small amounts of marijuana can ask for those convictions to be thrown out under the state law that legalized recreational marijuana. Officials in the other states are grappling with the issue.

In 2011, Connecticut Gov. Dannel P. Malloy and legislators changed possession of less than a half ounce of marijuana from a misdemeanor with potential jail time to a violation with a $150 fine for a first offense and fines of $200 to $500 for subsequent offenses.

The appeal involved the 2011 decriminalization and another state law that allows erasure of convictions of offenses that have been decriminalized.

A three-judge panel of the Appellate Court, the state’s second-highest court, agreed with prosecutors when it ruled in 2013 that convictions before the 2011 law took effect should stand.

The judges said the term “decriminalization,” as used in the state law allowing erasure of convictions for offenses that are decriminalized, means legalization. They concluded the state has not legalized possession of less than a half ounce of marijuana.

“The legislature has determined that such violations are to be handled in the same manner as civil infractions, such as parking violations,” Justice Carmen Espinosa wrote in the ruling. “The state has failed to suggest any plausible reason why erasure should be denied in such cases.”

Senior Assistant State’s Attorney Harry Weller said the state argued what it believed was the correct analysis. He said the issue was one the Supreme Court needed to decide.

Romano said Menditto is now an activist for the use of medical marijuana. He said when Menditto was arrested, he was using pot to medicate himself. Romano declined to elaborate.