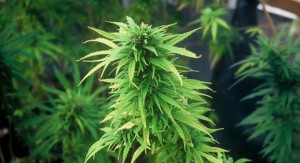 The first medical marijuana dispensary in Massachusetts is scheduled to open nearly three years after voters overwhelmingly approved marijuana for medicinal use.

Alternative Therapies Group’s dispensary in Salem is opening Wednesday and accepting patients by appointment only.

State regulators signed off on the final paperwork Tuesday allowing the dispensary to open.

Access to the dispensary in a converted factory building that houses other businesses will be restricted to patients with a state-issued marijuana registration card.

Police Chief Mary Butler tells The Boston Globe that patients will not see any products on display, but will make their choices via a computer screen.

No marijuana is grown or processed at the Salem site.