Since the beginning of the 1990s, this three-way hybrid has earned acclaim in the cultivators’ world. Early Queen’s genetic composition stems from a cross between early Californian blends mixed with African and a touch of Mexican. As an indica, Early Queen’s leaves are fat and fan-like, and her straight, bushy stature usually grows to a medium height.

This strain’s buds are large and crystally at the end, with yellow hairs. Early Queen focuses her energy on one main, large cola that forms quicker than many varieties because of its Durban line influence. The buzz is giggly and can make everything suddenly seem funny, but also may leave you feeling heavy in the eyelids. 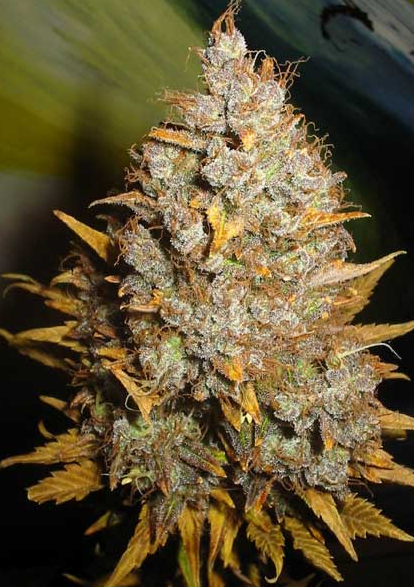 True to the promise of her name, Early Queen is quick to finish both indoors and out, and is therefore and excellent selection for cold climate countries in the Northern hemisphere where she can finish as early as September (Southern hemisphere finish in March). Because of her speedy finish, she is a favorite among commercial growers. She also handles humidity well, making it possible for those in the world’s wetter regions to produce a good outdoor product. In hot dry climates, growers will be gratified by the capacious harvest in a short time.

Ever smoke or grow Early Queen? Tell us about it in a comment below!