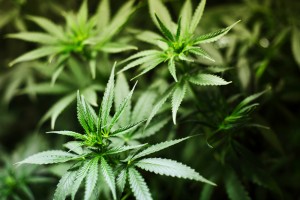 The government’s decision to restrict the use of cannabis cafes to local residents by excluding tourists is not discriminatory, a court in The Hague said on Friday.

A group of 19 café owners and other interest groups had gone to court in a last-ditch attempt to have the membership system overruled. All cannabis cafes in the south of the country are due to become members’ only clubs on May 1.

The café owners say not only is the measure discriminatory but infringes peoples’ privacy.

However, the court said the policy does not discriminate and is not unnecessarily severe or unbalanced. The policy aims to reduce drugs tourism and criminality and this is so important that the state can take far-reaching steps to achieve it, the court said.

The measure is due to come into affect in the rest of the country on January 1, 2013. It is not yet clear if the ‘wietpas’ – the nickname given to the membership card which coffee shop users will have to carry – will become an election issue.

The coffee shop owners have already said they will appeal against Friday’s court decision.

The European Court of Justice ruled last year restricting sales to Netherlands’ residents only is ‘justified by the objective of combating drug tourism’ and reducing public nuisance. The aim of the restriction is to maintain public order and protect public health, the court said.

At the moment, the Dutch authorities turn a blind eye to the sale of small quantities of hashish and marijuana in licenced cafes.

Coffee shops have become a popular tourist attraction, particularly in Amsterdam and border towns such as Maastricht. Some 70% of Maastricht coffee shop customers are from abroad.