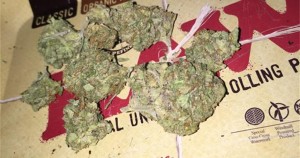 Marijuana users, researchers and investors are eager to hear whether federal officials will remove pot from the same drug classification as heroin, LSD and bath salts.

Federal drug officials say they are considering removing marijuana from what’s known as Schedule 1 classification, with a decision expected this summer.

The current classification makes it illegal to prescribe and declares that marijuana “has no currently accepted medical treatment use,” although 24 states permit some form of medical marijuana use.

Reclassifying marijuana would make it easier for researchers to work with the plant, which is currently subject to strict limitations and officially can be acquired only from a single government garden. Schedule 2 drugs include morphine, methamphetamine and oxycodone.

“I think it’s just common sense to allow good science to be done,” said congressman Jared Polis, who supports the change. Polis, a Colorado Democrat, has repeatedly pushed President Obama’s administration to loosen restrictions and enforcement around cannabis use.