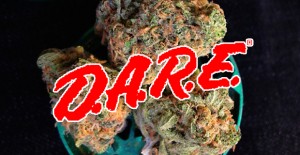 The controversial substance abuse prevention group D.A.R.E. (Drug Abuse Resistance Education) appeared to have made a surprisingly progressive change in its ideology Monday when it published a letter to the editor endorsing marijuana legalization.

It turns out it was an accident.

The post, titled “Purchasing marijuana puts kids at risk,” was published in The Columbus Dispatch earlier in the day.

“I know from enforcing senseless marijuana laws that children only are being put in more danger when marijuana is kept illegal,” said McDerment, who wrote in response to a previous letter to the editor that argued legalized marijuana would harm kids.

“The goal of prohibiting marijuana was to eradicate its use, but in reality, the drug has become infinitely harder for law enforcement to control,” he continued in the letter.

While marijuana consumption can certainly be harmful to children, McDerment wrote, “anyone who suggests we outlaw everything dangerous to children would also have to ban stairs, Tylenol, bleach, forks and outlet socks and definitely alcohol… The answer isn’t prohibition and incarceration; the answer is regulation and education.”

After D.A.R.E. posted the letter (it has since been removed), New York magazine reported that the group’s apparent reversal in ideology was a “breakthrough.”

However, on Tuesday the group confirmed to Washington Post writer Christopher Ingraham — whom D.A.R.E. inexplicably addressed as “Scott” — that the post was a mistake and “we do not support legalization.”

Here is a screen shot of the original post: 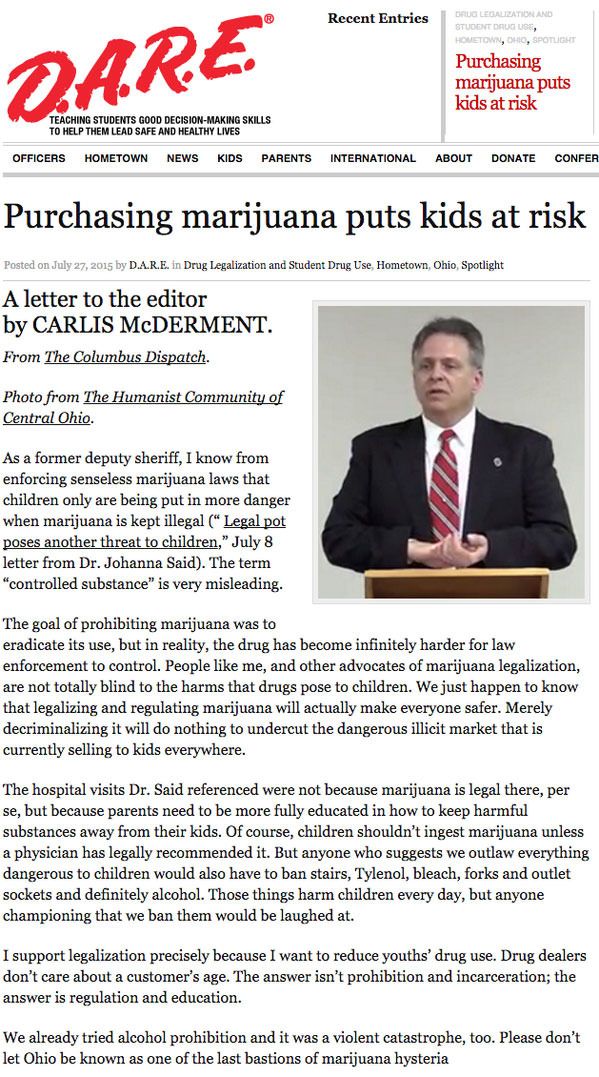