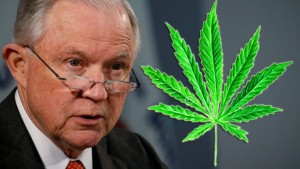 A Colorado girl who suffers from seizures joined a lawsuit to sue U.S. Attorney General Jeff Sessions in a bid to legalize medical marijuana nationwide.

Alexis Bortell, 12, told FOX31 Denver she was diagnosed with epilepsy and traditional medicine wasn’t helping her seizures. Her doctors in Texas recommended an invasive brain surgery, but a pediatrician suggested medical marijuana.

“As the seizures got worse, we had to move to Colorado to get cannabis because it’s illegal in Texas,” Bortell told the news site. “I’d say [medical marijuana is] a lot better than brain surgery.”

Bortell found that taking a drop of Haleigh’s Hope, a strain of cannabis oil, twice a day prevented the seizures from coming back. She’s been seizure-free for nearly three years, but she can’t return to Texas because marijuana is illegal there. Colorado is one of several states that legalized marijuana for medicinal and recreational use.

“I would like to be able to visit my grandparents without risking being taken to a foster home,” she said.

Bortell decided to join a lawsuit to legalize medical marijuana in all states. The case was first started by another child, a military veteran, a marijuana advocacy group and Marvin Washington, a former Broncos player. Twenty-nine states and the District of Columbia have legalized medical marijuana.

Sessions has been openly opposed to legalizing marijuana, saying in September: “I’ve never felt that we should legalize marijuana,” according to Reuters.

“It doesn’t strike me that the country would be better if it’s being sold at every streetcorner,” Sessions said during a news conference in San Diego.

Bortell said she hopes the lawsuit will normalize the substance for medical reasons.

She said, “We’ll be able to be treated like what you call ‘normal’ families.”