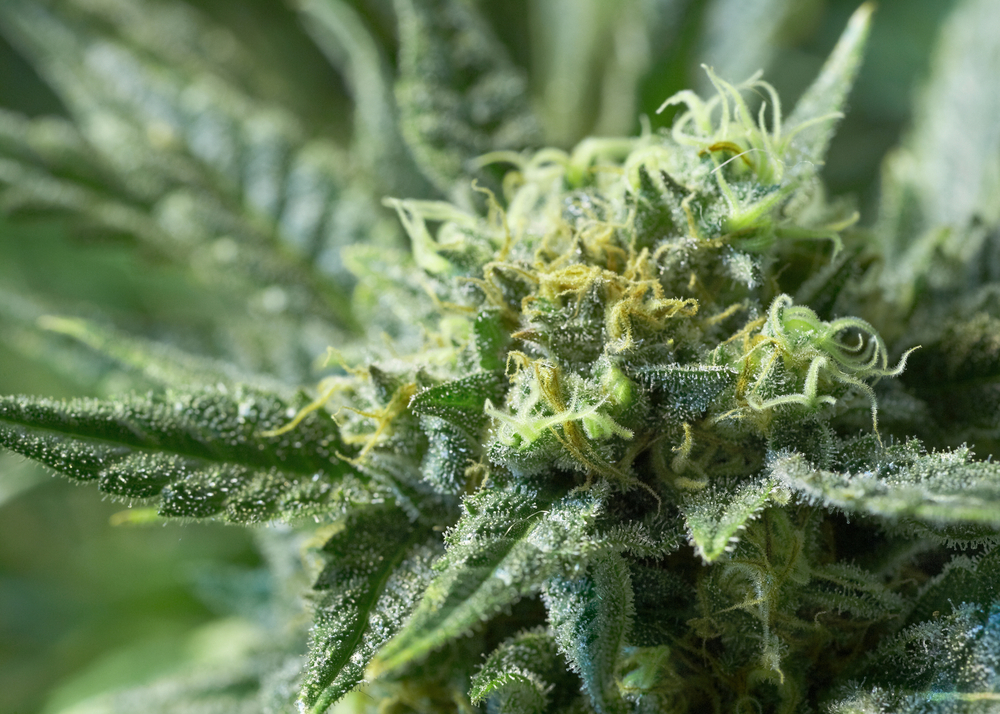 A compound found in marijuana can treat schizophrenia as effectively as antipsychotic medications, with far fewer side effects, according to a preliminary clinical trial.

Researchers led by Markus Leweke of the University of Cologne in Germany studied 39 people with schizophrenia who were hospitalized for a psychotic episode. Nineteen patients were treated with amisulpride, an antipsychotic medication that is not approved in the U.S., but is comparable to other medications that are.

The rest of the patients were given cannabidiol (CBD), a substance found in marijuana that is thought to be responsible for some of its mellowing or anxiety-reducing effects. Unlike the main ingredient in marijuana, THC, which can produce psychotic reactions and may worsen schizophrenia, CBD has antipsychotic effects, according to previous research in both animals and humans.

Neither the patients nor the scientists knew who was getting which drug. At the end of the four-week trial, both groups showed significant clinical improvement in their schizophrenic symptoms, and there was no difference between those getting CBD or amisulpride.

(MORE: The Complex Link Between Marijuana and Schizophrenia)

“The results were amazing,” says Daniel Piomelli, professor of pharmacology at the University of California-Irvine and a co-author of the study. “Not only was [CBD] as effective as standard antipsychotics, but it was also essentially free of the typical side effects seen with antipsychotic drugs.”

Antipsychotic medications can potentially cause devastating and sometimes permanent movement disorders; they can also reduce users’ motivation and pleasure. The new generation of antipsychotic drugs also often leads to weight gain and can increase diabetes risk. These side effects have long been known to be a major obstacle to treatment.

In the German study, published online in March by the journal Translational Psychiatry, weight gain and movement problems were seen in patients taking amisulpride, but not CBD.

“These exciting findings should stimulate a great deal of research,” says Dr. John Krystal, chair of psychiatry at Yale University School of Medicine, who was not associated with the research. He notes that CBD not only had fewer side effects, but also seemed to work better on schizophrenia’s so-called “negative symptoms,” which are notoriously hard to treat.

Negative symptoms include social withdrawal, blunting of pleasure and lack of motivation, which commonly occur in schizophrenia. Since current antipsychotic medications can themselves cause the same problems, however, it wasn’t clear whether CBD was better than amisulpride at treating these symptoms, or whether CBD simply caused fewer side effects to begin with.

Nevertheless, the new research helps elucidate the intricate complexities of the brain’s natural cannabinoid system and how CBD may work to alleviate symptoms of schizophrenia. Years ago, Piomelli and his colleagues discovered that people with schizophrenia have elevated levels of anandamide — a neurotransmitter that activates the same receptor activated by THC — in their cerebrospinal fluid, suggesting that they also had higher levels of it in the brain.

The difference was huge: anandamide levels were nine times higher in schizophrenic people than in mentally healthy controls, Piomelli says.

The researchers theorized that these radically high levels would correlate with hallucinations and delusions: the more anandamide bathing patients’ brains, the worse their disease would be. The thinking was, in essence, that people with schizophrenia are constantly high on their own natural THC.

But what the researchers actually found was the opposite. “What you get is not a positive correlation, but a negative one. The higher the levels of anandamide, the lower the symptoms,” Piomelli says.

It didn’t seem to make much sense at first, but research in both animals and humans now shows that anandamide is a natural stress reliever and antipsychotic. Piomelli thinks that the high levels seen in people with schizophrenia aren’t the cause of the problem, but the result of the brain’s attempts to solve it.

The new study confirmed that as CBD relieved patients’ symptoms, anandamide levels rose in concert. “It looks like anandamide is a signaling molecule that has evolved to help us cope with stress,” Piomelli says. “In the brain, everything it does seems to be related to ways of relieving stress. It can relieve anxiety and reduce the stress response. It is involved in stress-induced analgesia [when you stop feeling pain while fighting or fleeing]. These are all mechanisms to help us prevent [negative outcomes related to stress],” says Piomelli.

“If Dr. Piomelli is right, then the brain is exquisitely sensitive to changes in anandamide levels,” says Krystal.

This raises another question, however. THC itself mimics anandamide. If high levels of anandamide are helpful for schizophrenia, why does marijuana smoking intensify psychotic states?

Here’s where it gets complex. THC mimics not only anandamide, but also another cannabinoid, 2-AG, which fits the same receptors and is far more common. “There is 200 times more 2-AG than anandamide in the brain,” Piomelli says. “At the end of the day, the complexity is such that 2-AG has a whole cluster of effects. Anandamide has completely different effects, sometimes even opposite effects. That is why with THC you get a big mess.”

(MORE: Marijuana May Both Trigger and Suppress Psychosis)

Complicating matters further, when chronic marijuana smokers build up a tolerance to THC, it may down-regulate the entire system, making it harder for anandamide to have its positive effects. This may be why some studies find that people with schizophrenia who smoke marijuana get worse.

So, where does CBD fit in? It doesn’t attach to a receptor like THC, or fool the brain into thinking that it’s getting extra anandamide or 2-AG. “What CBD seems to be doing is preventing anandamide from being destroyed,” says Piomelli. That allows the substance to exert its stress-reducing and antipsychotic effects on the brain longer, without the negative effects of THC.

If replicated, the results suggest that CBD may be at least as effective as existing drugs for the treatment of schizophrenia, without the severe side effects that make patients reluctant to take medication. The catch: “The real problem with CBD is that it’s hard to develop for a variety of silly reasons,” says Piomelli.

Because it comes from marijuana, there are obvious political issues surrounding its use. Extracting it from the plant is also expensive. But the biggest barrier may be that CBD is a natural compound, and therefore can’t be patented the way new drugs are. That means that despite the possibility that it could outsell their current blockbuster antipsychotic drugs, pharmaceutical companies aren’t likely to develop it — a particularly striking fact when you consider that every major manufacturer of new generation antipsychotics in the U.S. has so far paid out hundreds of millions or billions of dollars in fines for mismarketing these drugs. Yet they still reaped huge profits.

(MORE: The Case Against the Ban on ‘Bath Salts’ and Fake Marijuana)

Piomelli and others are working to develop synthetic versions of CBD that would avoid such hurdles. “We have one and are hoping to move forward in the near future,” he says.

For people with schizophrenia and their families, of course, it is likely to be infuriating that non-scientific issues like marijuana policy and patenting problems could stand in the way of a treatment that could potentially be so restorative. While it’s possible that these study results may not hold up or that researchers could discover problems related to long-term use of CBD,  it’s hard to imagine that they could be any worse than what patients already experience.