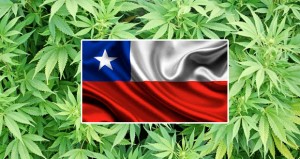 A bill which will allow Chileans to grow small amounts of marijuana for medical, recreational or spiritual use has been approved by the country’s lower house of Congress.

The measure will allow each Chilean home to grow up to six plants.

Up to now, planting, selling and transporting marijuana has been punishable by up to 15 years in prison.

The new bill will go before a health commission and then the Senate for approval.

Members of the lower house approved the bill by a wide margin, with 68 in favor and 39 against.