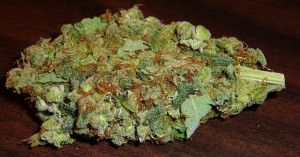 Cannabis users were 45 percent less likely to contract bladder cancer than their more abstemeous peers, according to the National Cancer Institute (NCI) – a branch of the National Institutes for Health.

The NCI study examined 82,050 men of different ages and socioeconomic backgrounds from 2002-2003 with the purpose of discovering any links between smoking tobacco and smoking marijuana and the risk of bladder cancer. Researchers followed up with the respondents 11 years later.

Just over 40 percent of those surveyed said they had used marijuana compared to 57 percent who said the same of tobacco. The report found that “cannabis and cannabinoids may have benefits in treating the symptoms of cancer or the side effects of cancer therapies.”