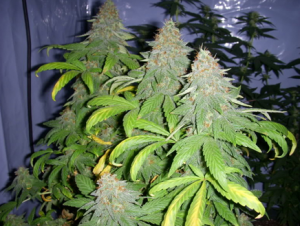 In the UK cannabis scene, the Cheese has become one of those special and elusive strains whose name is almost synonimous with good weed. Its oldschool flavor and sublime effects have become a standout. Cheese was cloned only in the UK, so she remained a regional phenomenon. Based on characteristics of her taste and high, it is believed that the Cheese clone originated from from 1980s Skunk and Northern Lights lineages. Cheese clones passed between many breeders and growers, and as they circulated, several breeders attempted to capture this variety’s special qualities in seed form.

Big Buddha crossed with the Cheese with and Afghan male plant. Then he backcrossed to the Cheese mother for two years. Big Buddha Cheese is a unique fast flowering indica with enough sativa influences to make this a truly classic smoke.

The plant exhibits more than one phenotype in her growth pattern, but all retain the important qualities unique to the Cheese – the special dank, incense-like aroma, the smooth distinctive flavor and the easygoing, mellow high, which settles in clamly and is virtually without a ceiling.

Big Buddha Cheese is equally well suited for indoor and outdoor gardens. Plants are ready in 7-9 weeks when grown hydroponically, and may take an additional week when grown organically in soil or in coco. Although she can be grown in an SOG system, BBC is better as a multi-branch plant, as the internodes stretch out during flowering to produce magnificent, elegant, slender kush-like buds. During the last few weeks, bulging calyxes and glistening resin production appear when the plant is fully ripened.

Outdoors, Big Buddha Cheese will finish in most parts of Europe well before the first frost sets in, but the yield depends on appropriatness of the climate. In the smell department, you have been wanred! Big Buddha Cheese starts to emanate a pong as early as the formation of the 7th node, cutting through most other smells, so Big BUddha advises taking steps to control odor both indoors and out.

Taste is where this variety shines. When properly dried and cured, the flavor has a special “dank” quality reminiscent of what good pot used to taste like – spicy, sweet, and kush-like. The high is very up. It can be consumed every day with little or no immunity or change in quality of the high, making Big Buddha Cheese suitable for both recreational and medicinal use. 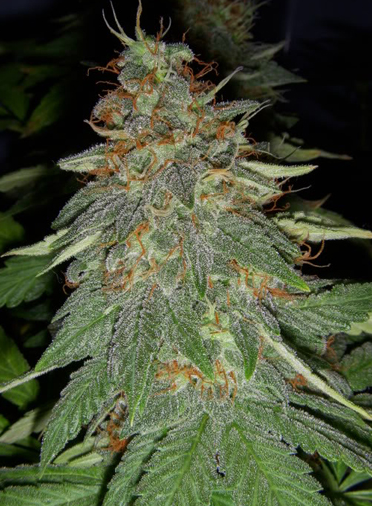 Ever smoke or grow Big Buddha Cheese? Tell us about it in a comment below!