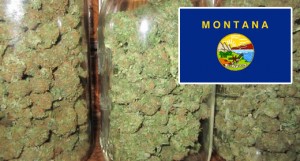 A Glendive man is proposing a ballot measure to legalize recreational marijuana for adults over 21.

Anthony Varriano submitted proposed language this week that would amend the state constitution to regulate pot and tax it as an industry as well as allow the purchase and possession of limited amounts. It would also require that the first $40 million in revenue raised annually by taxes go toward public schools.

He says the measure is based on Colorado’s recreational marijuana law passed by voters in 2012.

Because it would amend the constitution, Varriano needs to collect nearly 50,000 signatures to get the initiative on next year’s ballot. He says if his measure passes a legal review, he plans to ride his bike around the state to gather the signatures.