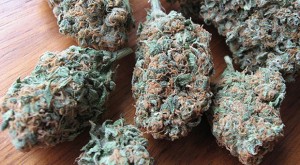 Australia appears set to legalize the growing of marijuana for medical use nationwide. A bill introduced to parliament Wednesday (Feb. 10) by the Liberal Party would amend the Narcotic Drugs Act 1967. It looks guaranteed to become law, as the main opposition party immediately pledged support for it.

Under the proposal a national licensing and permit scheme would be established for supplying medical cannabis to patients with painful and chronic conditions. It’s expected to become law by the end of March.

“This government understands that there are some Australians suffering from severe conditions for which cannabis may have applications and we want to enable access to the most effective medical treatments available,” health minister Sussan Ley told parliament.

Some Australian states, including Victoria, had already started down the path of legalizing cannabis cultivation for medical uses. The bill introduced today clears the way for a national policy. “I am confident creating one single, nationally consistent cultivation scheme, rather than eight individual arrangements, will not only help speed up the legislative and regulatory process, but ultimately access to medicinal cannabis products as well,” Ley added in a statement.