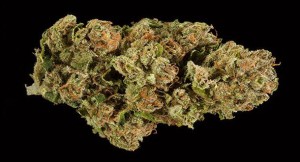 At this point a majority of adults have come to learn that cannabis is actually beneficial and healthy for the human body and mind. With new research being uncovered almost daily, and people becoming increasingly educated about the benefits of the plant, more people are consuming cannabis then ever before. Although there are many fun and odd facts about cannabis, and still many yet to be discovered…here are 3 you may not be aware of.

1. Males and Females experience with cannabis can be very different. In research on rats, Washington State University psychologist Rebecca Craft found that females were more sensitive to cannabis’ painkilling qualities, but they were also more likely to develop a tolerance for the drug, which could contribute to negative side effects and dependence on marijuana. The female rats’ higher levels of the hormone estrogen seem to play a role in these sex-specific effects. Female rats are more sensitive to the effects of cannabis at ovulation, when estrogen levels are highest, Craft said in a statement.
2. Pets can benefit from cannabis. People have used medicinal marijuana to ease everything from glaucoma to the side effects of chemotherapy. So why shouldn’t man’s best friend give medicinal pot a shot? Pet owners are already using marijuana medicinally to help their suffering cats and dogs, according to am article in the Journal of the American Veterinary Medical Association. Most of the time, animals that ingest pot get over the effects within a few hours, veterinarians say. But in large quantities, pot can be deadly to animals.
3. Pot is air naturally in several places. Yes, according to a study done in Italy, trace amounts of marijuana are wafting through the air around the Colosseum and the Pantheon, as well as in seven other Italian cities. Researchers examined the air of Rome, Bologna, Florence, Milan, Naples, Palermo, Turin and Verona for psychotropic substances, including cocaine, marijuana, nicotine and caffeine. The scientists found all of these substances in all eight cities, with Turin having the highest total concentrations and Florence and Bologna having the highest concentrations of pot.But even in Florence and Bologna, tourists don’t need to worry about a contact high while taking in the sights. The levels of marijuana and other substances were far too low to affect human health — but researchers said they hope the findings can inform drug policy by helping to estimate drug consumption in each city.

Free Online Training: How To Start Your Own Online Canna-Business