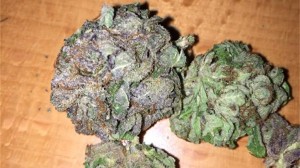 Police seized more than 2,000 pounds of marijuana from a warehouse Thursday during what is believed to be the largest drug bust in Rockdale County history.

The bust began the morning of May 2, when investigators noticed a lot of activity at the warehouse on Old Covington Road near Conyers and suspected that a large shipment of marijuana had just been delivered, police said. The joint Rockdale County Sheriff’s Office and Conyers Police Department Vice & Narcotics Unit had been conducting surveillance of the location for several months prior to the seizure after noticing suspicious activity.

According to police, a sheriff’s deputy initiated the bust by pulling over a work van for veering off the roadway after leaving the warehouse. After police K-9 Storm indicated there were narcotics present in the vehicle, deputies detained the driver and discovered 47 “wrapped bundles of marijuana” in the back of the van.

A search warrant of the warehouse yielded an additional 37 wrapped bundles of marijuana, bringing the total seizure weight to 2,074 pounds — the largest in Rockdale County history.

Oscar Rene Cobian, 31, of Lawrenceville, Giovanny Eliseo Galvez-Fajardo, 29, of Jonesboro and Jessie Lionel Suazo, 28, of Calumet, Ill., were arrested and charged with trafficking in marijuana. Galvez-Fajardo was also charged with failure to maintain lane.

“Drugs and the people distributing them are a risk to children and the community as a whole, and are not welcome in Rockdale County,” Sheriff Eric J. Levett said in a post on his office’s Facebook page.

All three men are being held in the Rockdale County Jail without bond.