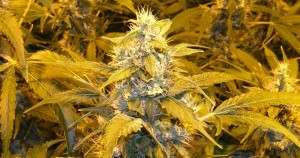 The District is about to witness a massive, public drug deal on Thursday — and for those involved, it will be quite a bargain.

Over 800 people have confirmed attendance at a giveaway of marijuana seeds Thursday night at an Adams Morgan restaurant. The event appears unprecedented and likely to scatter the makings of more than 16,000 marijuana plants across the nation’s capital.

D.C. police plan to stay clear of the spectacle — except to direct traffic, if needed.

Organizers, meanwhile, say they hope to launch a wave of home growth and use of pot so D.C. residents can take advantage of a ballot measure approved by voters last fall that legalized possession of the plant.

The District is unique among states where possession and use have become legal, because sales remain against the law. That’s one reason that a seed giveaway — and not an opening of stores for legal sales, as has happened in Colorado and Washington state — is marking the kickoff.

Under a prohibition placed on the District by Congress, buying and selling marijuana in the capital city remains illegal. Sharing, carrying, growing and smoking, at least out of public view, are allowed.

Thanks to Congress, the District also has no ability to track the seedlings that could come from Thursday’s event and are expected to feed a gray market for bartering and other attempts to profit off legalization.

In Colorado, every marijuana seedling raised for the commercial sale of pot is tracked with a 24-digit radio frequency identification tag. Sales are heavily taxed by the state, and the money goes mostly to education. In the District, thousands of plants could soon begin growing with no such oversight or benefit to the city.

Proponents of the ballot measure counter that a crop from amateur growers could increase supply and drive down the market for illegal street sales.

Home growth was also clearly part of the ballot measure, known as Initiative 71, that voters approved in November. The measure allowed for home cultivation of six seedlings per person, with three mature plants allowable at any one time. The limit per household is 12 plants.