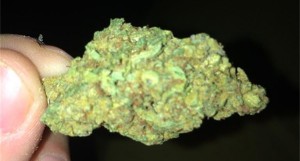 Everyone has heard of Girl Scout Cookies, Blue Dream and White Widow but have you ever heard of or smoked any of these rare strains?

1. Colombian Red – Colombian Gold has been resurrected as a popular landrace, but what about Colombian Red? Back in the 1970s, this strain made a High Times list of the 40 best strains around. However, it’s since nearly disappeared from circulation.

2. Molokai Frost – This strain isn’t as rare as others on this list, but it is difficult to find. Molokai is a Hawaiian strain with a story. It’s a landrace sativa with a fairly potent THC content. If you can find the plant or some seeds, expect THC levels to top at about 22%.

3. Greek Kalamata – We don’t often hear about strains from Greece. Harsh domestic drug policy stamped out much of the domestic cultivation back in the 1980s. The sad result? You can’t really find Greek Kalamata anywhere.

This strain has old lineages. It is sativa-dominant and possibly has roots in East Asian strains from 1,100 A.D. and some African genetics. Kalamata has a high-THC content and produces intense, racy effects. It can grow up to 15 feet tall with a citrus, woody aroma.

4. Black African Magic – This is yet another sativa variety hot in the 70s and 80s. Yet, there’s a lot of speculation over this herb. Is it an actual strain, or is the characteristic black color is a phenotype expressed under certain conditions?

Those who have heard about this fabled bud know that it is supposed to be incredibly potent with intense cerebral effects. Back in 2005, DJ Short wrote that Black Magic was the strongest strain that he had ever tried. But, good luck finding seeds. Let’s hope they still exist.

5. Lebanese – Hashish from Lebanon is thought to be some of the finest in the world. But, great Lebanese indica strains are difficult to come by. Typically, Lebanese hashish comes in two varieties: yellow and red. The red variety is thought to be higher in non-psychoactive CBN and is made from more mature plants. Yellow is the rarer of the two. It is higher in THC, more psychoactive, and is made from younger plants.

Certain heritage seed companies like The Real Seed Company are attempting to preserve lineage from this region, but you’re unlikely to see Lebanese strains in your local dispensary.

6. Angola Roja – Angola Roja (Liamba) is an African landrace strain that too few get to enjoy. Angola Roja is a very old sativa with a history dating back prior to Portuguese occupation of the region, which began in 1575.

Once the Portuguese colonized Angola, Angolan cannabis was cultivated and exported to other parts of the world. In fact, there are some hypothesis that the red strains of Central and South America descended from Angola Roja. Now, however, cannabis is illegal in the region and little herb gets into or out of the country. Angola Roja is a slightly more popular variety

7. Oaxacan Highland – Hailing from the Oaxacan region of Mexico, this strain was popular in the U.S. back in the 60s and 70s. A 12-foot tall sativa-dominant strain, it was known for its potent psychedelic effects and sweet and spicy aroma.

Unfortunately, this strain has pretty much disappeared from international markets due to both hybridization and rising levels of violence in the region. This means that it’s now quite endangered. Though, offshoots like Eldorado do contain some of the original highland genetics.

8. Thai Stick – There’s some debate on whether or not Thai Stick is actually a unique strain. Some claim that Thai Stick refers to Thai bud dipped in opium, and others suggest that the herb simply came attached to a bamboo stick. Regardless of the debate, High Times named Thai Stick one of the top strains of 1977. Since then? Nowhere to be seen.

Though Thai strains are quite common in dispensaries and among seed companies nowadays, the original Thai heritage is thought to be polluted or long gone. Heritage breeder ACE Seeds has revived some Thai genetics and now sells Thai Stick seeds. They are 100% pure Thai landrace sativa.

9. Parvati – Parvati is a landrace strain native to Parvati Valley of the Indian Himalayas. This wispy sativa is particularly resinous. It’s used to make charas, a type of hashish handmade in India, Nepal, and Pakistan.

Parvati is just one of the indigenous landrace strains preserved by The Real Seed Company, though these ancient strains are often sold out and difficult to get your hands on. Obviously, this plant is excellent for hash lovers out there. Though, the THC and CBD contents are unknown.

10. ATF – This strain isn’t as rare as others on this list, but it is difficult to find. Many people look far and wide for this great wonder ranking in around 28% THC and 10% CBD.

This strain was popular back in the hippie era, but hasn’t been seen around for a while. It’s a bit of a shame, too. Molokai Frost has a pleasant tropical skunk flavor and gives a nice cerebral high.

Which one would you try first?